”Iain Macwhirter is a brilliant speaker and interviewer. Always well-informed and knowledgeable, he brings all events to life. He’s excellent in getting the best from an interview and in his talks he provides unique, learned and often funny insights into issues of contemporary political affairs, debates and controversies.‘ Andrew Kelly, Director Bristol Festival of Ideas and former programmer Aye Write: the Glasgow Book Festival

Iain speaks in Oslo to Capellen Damm on Road to Referendum.30/5/14

To hear Iain, please click the link under the picture. 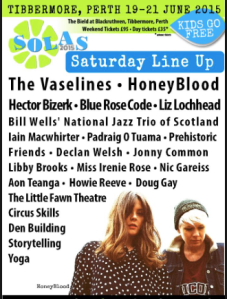 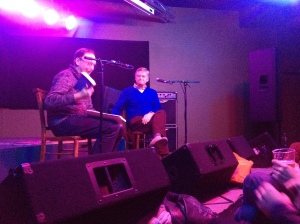 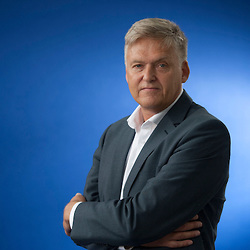 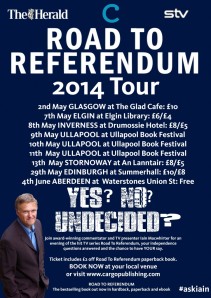 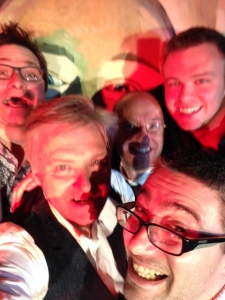 ‘Democracy in the Dark: The Decline of the Scottish Press and How to Keep the Lights On’

Join us for a debate on the Scottish printed press and its future with journalist & author Iain Macwhirther and Broadcaster & author Richard Holloway.

Road to Referendum is a groundbreaking new book by the distinguished journalist, TV presenter and political analyst Iain Macwhirter. It charts the journey to 2014 and the historic choice Scotland will make. Written to accompany a three-part TV series, Iain’s book looks behind the scenes at Holyrood, the Yes and No campaigns and elsewhere to take the narrative up to and beyond the vote. Jim Naughtie has been dispatched north by the BBC with the specific remit to cover this defining year in Scottish history.
Click here to buy tickets.

Iain Macwhirter, Herald and Sunday Herald, and author of Road to Referendum
Fraser Nelson, editor of The Spectator
Lesley Riddoch, co-founder of Nordic Horizons, and author of Blossom: What Scotland Needs To Flourish

Award winning political journalist Iain Macwhirter is to lead the Our Islands Our Future conference being held in Orkney on 19/20 September.

You can watch video of Iain opening conference here

Iain MacWhirter Road to Referendum
ScottishPower Marquee
Sunday 6th October 2013
15:00
Scotland decides its future a year from now. The Herald’s political analyst, Iain MacWhirter, talks about how the nation reached the crossroads of independence. Written to accompany a three-part STV series, his new book traces the national question back to its origins in the Middle Ages, through the age of Empire and to the current crisis of British unionism. He offers some surprising conclusions.
Sponsored by the Old Bank Bookshop
Find out more here.

Iain at the Festival of Politics Scottish Parliament 24/8/2013 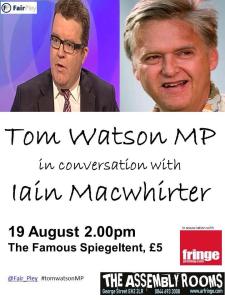 In a compelling series of television documentaries and an accompanying book, Road to Referendum, the Sunday Herald political journalist Iain Macwhirter explains why the end of the British Empire, the collapse of the Kirk and the questioning of the post-war welfare settlement in England has left Scotland in a state of constitutional confusion. Join him today, along with writer and former MSP Andrew Wilson, to discuss whether independence within the UK will be the inevitable result.
Click here to buy tickets.